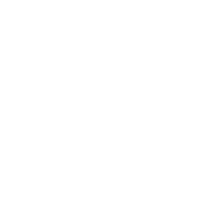 China is on pace to see its solar power capacity more than double by 2020 as component costs move lower, but at perhaps a cost, a sector analysis finds.

Beijing issued a white paper last year, which stated the Communist Party of China is "committed to the concept of environment-friendly development." The paper stated that China has been at the forefront of the effort to infuse environmental protection with state policy, becoming the first country in the world to offer a sustainable development strategy in the 1990s.

An analysis of Chinese development on the solar energy front from sector consultant group Wood Mackenzie finds that, when counting all planned and announced projects, solar power capacity will more than double by 2020.

"Driven by a decline in component costs and technology advancement, solar generation could be 10 percent cheaper than last year in 2017," Frank Yu, the principal consultant for Asia-Pacific power and renewables at Wood Mackenzie, said in a statement. "We believe the ongoing cost decline will continue to boost solar capacity growth."

The European Union in 2013 imposed a duty of 67.9 percent to Chinese solar panel exporters who didn't cooperate with an investigation into allegations the panels were sold to European countries well below market cost.

Chinese-manufactured solar products at the time accounted for more than half of the global market and were the main source of European imports of renewable energy goods.

For wind power, Wood Mackenzie estimates capacity will increase by 40 percent by 2020. Combined with solar, the capacity will represent about a quarter of China's total power capacity.

With U.S. President Donald Trump stepping away from the international Paris climate agreement, China, which has the second-largest economy after the United States, could gain the advantage in the drive to develop a low-carbon economy.

Yu said the pace of development carries risks, however, as the rate of growth puts a strain on the government's deficit as it relates to subsidies for renewable energy development.